Our experts will reply you very soon.

Everything You Need To Know About Calcium Carbide 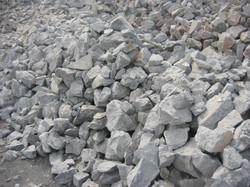 Calcium Carbide or CaC2is a special type of compound that is considered one of themajorsources of acetylene. It plays a pivotal role in the organic synthesis processsince it contains highlyeffective triple bonds and conclusive protons. Solid Calcium Carbide has numerousbenefits in comparison with acetylene including susceptible handling, worthwhile storage and conveyance.


Some Interesting Details of Calcium Carbide


• Calcium Carbide is also known as calcium Acetylide. The chemical formula of this compound is CaC2.


• Primarily, this compound is used in industries that are related to the production of acetylene and calcium cyanamide.


• When it comes to the matter of aroma, technical class Calcium Carbide spews an awful odour like garlic.


• Besides, it generates acetylene gas in the presence of water. This gas is used in slashing torches and for several other welding procedures.


• Additionally, calcium carbide is included asa crucialelement of most Polyvinyl Chloride that aremanufactured in India.


• The production of calcium carbide include the leastchanceof hydrocarbon emission.


• The pure form of calcium carbide is colourless. It is mostly found in the form of crystalline solid such as rock salt. It elicits high flames that are commonly hotter than normal fires.

Though very different from industrial production, the making process of calcium carbide is complicated and risky. The main elements that you may require to make calcium carbide are nothing but coal, lime and a furnace. But it’s obligatory to mention here that the entire process demands extremely high temperature which can not be attained by traditional furnaces and thus, requires electrical arc furnaces.


Another important fact of this process is that the required high temperature can not be accomplished by the conventional eruption method. By conducting this method, the product you get from it is only an 80% calcium carbide.Below are the steps of making calcium carbide in a laboratory.


• The first step is plopping the lime and coal into an arc furnace.


• Next,warm the furnace to at least a temperature of 3632°F. But remember that the temperature must not exceed 3812°F.


• Position the electrode paste near the electric arc of the furnace forbaking.


• Next, sustain the baked electrode to the furnace since it would serve as a stimulus for the coal and lime.

This entry was posted on May, 11, 2022 at 11 : 05 am and is filed under Calcium Carbide. You can follow any responses to this entry through the RSS 2.0 feed. You can leave a response from your own site.